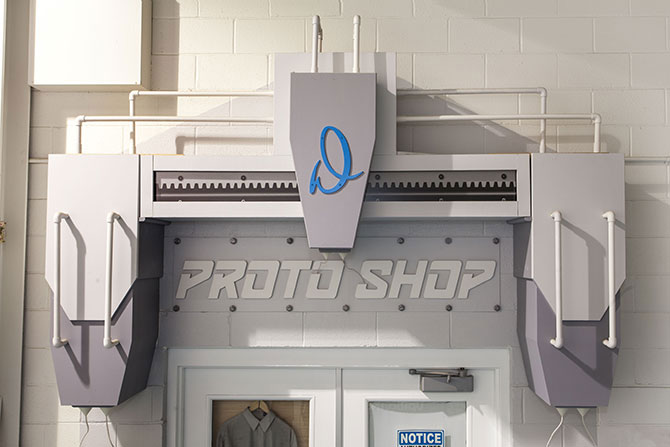 The Past, Present and Future of Prototype Development

It’s no wonder that nearly every product prototype that comes out of Inventionland includes at least one part that has also come out of the Rapid Prototype Shop.

In fact, there is rarely a time that the rapid prototyping machines are not in use, as project runs can take anywhere from a few hours to an entire day to complete. Perhaps that is part of the reason that highly-trained specialists typically oversee the rapid prototyping or additive manufacturing projects.

Truly a science and an art, rapid prototyping is a constantly changing field that Inventionland has wisely chosen to embrace. Actually, the team of Inventionland rapid prototyping technicians have taken their technology a step further and are in the process of creating their own fully-functioning rapid prototyping machine to add to their already extensive collection. The robotic machine, which they lovingly refer to as Tree Frog, recently completed its first product, a symbolic representation of itself, a frog.

Armed with state-of-the-art technology and unbridled creativity, the Inventionland Rapid Prototype Shop is poised to be at the forefront of rapid prototyping for the foreseeable future… and beyond!